At The River City News you get More Covington News Than Any Other Source. Here's a look back at the week that was and all the headlines from our city:

COVINGTON DOCTOR RETIRES AT 90 AFTER 55 YEARS OF PRACTICE

A 90-year old Covington doctor retired over the weekend with a celebration of his more than five decades of practice. Story & Video: Click Here

Sen. Rand Paul on gay marriage ruling this week: "It is difficult, because if we have no laws on this, people will take it to one extension further – does it have to be humans?"

Office calls it sarcasm while a columnist asks if the senator changes his position for each audience: Click Here

SUPPORT THE AWESOME COLLECTIVE OF COVINGTON

How can you help Covington become more awesome? Details at the link: Click Here

Covington Independent Public Schools is now one of 75 districts to approve Kentucky's effort to raise the dropout age to 18. Click Here

PUB THEATER THIS WEEKEND IN MAINSTRASSE

This weekend in Covington: Check out a neat play in the back of a Mainstrasse bar! (One more performance left on Monday!) Click Here

FOUR FROM NORTHERN KENTUCKY APPOINTED BY GOVERNOR TO STATE BOARDS

Four from Northern Kentucky (including one from Covington) are appointed by the Governor to serve on various state boards. Details: Click Here

Rainbow visible along I-75 near Florence on Friday evening/RCN

"KY Enquirer could have at least acknowledged (The River City News) as a contributing author on their front page story today."

This week marked the 2-year anniversary of The River City News which published its first post on June 28, 2011

POP-UP SHOPS: A SYMPOSIUM IN COVINGTON

Fan of the "Kentucky Kicks Ass" marketing campaign? One of the guys behind it will be in Covington for this event: Click Here

Kentucky's Nerlens Noel and Archie Goodwin are taken in the first round of the NBA Draft. Details & notes on where two from Louisville and one from Murray State ended up -- at the link: Click Here

Divided commission passes special fund to help boost economic development projects by a vote of -- wait for it -- 3 to 2.

IT'S OFFICIAL: UPTECH IS MOVING ITS "BIG IDEAS" TO COVINGTON

What an amazing get for Downtown Covington! It's now official: UpTech is moving its operations to Pike Street. What this means and a break-down of the numbers -- at the link! #theCOV Click Here

Seven members of the Covington Police Department were promoted during a special city commission meeting Thursday. Details at the link: Click Here 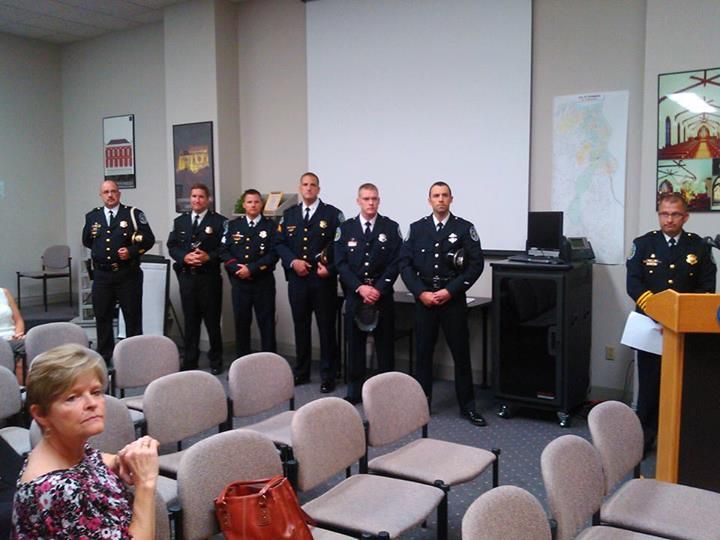 A mysterious outdoor party busted up by Covington Police attracted upwards of 800 people near the floodwall. After publishing this story, RCN editor Michael Monks was featured in WLWT's follow-up report. See the story and the video report at the link: Click Here

New athletic director named at Northern Kentucky University. Get to know him at the link. #GoNorse Click Here

Man who burglarized Covington home twice is headed to prison (Why stealing an iPad turned out to be a really bad idea...): Click Here

As our city awaits The Hotel Covington, what kind of economic impact can we expect from having a boutique hotel Downtown? The River City News traveled to Louisville to visit the 21c Museum Hotel and got a few answers. Story & Photos: Click Here

A Kenton Co. Sheriff's Deputy was attacked by a dog in Covington on Tuesday. Story & Photos: Click Here

Get FREE Sno Castle for LIFE if you help the Latonia business get its stolen picnic table back. Story: Click Here

Hey, UK Basketball fans, what do you think about Kyle Wiltjer looking to leave the team? Click Here

City commissioner responds to Attorney General's review of her eligibility to continue to hold office, which is still ongoing; Plus, read the letter the Attorney General sent to the County Attorney regarding this matter -- at the link. Click Here

While it waits for funding for a full expansion, the Northern Kentucky Convention Center is moving to renovate some unused space to increase sales -- but that required a boost from the City of Covington: Click Here

Thanks for joining The River City News this week for More Covington News Than Any Other Source! Join us at Facebook, Twitter or email RCN!

Photo: Rainbow over the Ohio River on Friday/by Chuck Eilerman