An electrical fire Sunday at the Kenton County Building in Downtown Covington will force the county government out of its offices Monday, and possibly for weeks, said Deputy Judge-Executive Mark Kreimborg.

Covington Fire Department crews responded to the building just past 3 p.m. after smoke was spotted coming from a lower level mechanical room by a sheriff's deputy inspecting an intruder alarm.

Battalion Chief Chris Black said that one or more deputies heard "an awkward noise" coming from the mechanical room and then saw smoke spread to multiple floors. Flames were spotted on the first and second floors as well as the basement, Black said.

The damage was "extensive", Black said. "Most of the damage was in the mechanical room," Black said, adding that there was water damage on other floors.

"The county offices will be closed Monday and until further notice," Kreimborg said. The deputy judge-executive said that the damage to the electrical system will likely cost around $100,000, a number that jumped from $50,000 shortly after the first evaluation.

The Kenton County Fiscal Court, Commonwealth's Attorney Office, County Clerk, Property Value Administrator, Sheriff's Office, and other offices in the building will be closed Monday. Those citizens with business to conduct within those offices should contact the Independence Courthouse, Kreimborg said.

Employees are not to come to work Monday unless otherwise notified, Kreimborg said. He said that the IT department is "in good shape" but that the email and phone systems are down at this point.

Though no smoke was seen from outside the building, there was a burning smell in the air around Court Street and Park Place. Covington firefighters, police, and sheriff's deputies blocked parts of those streets as well as parts of Scott Boulevard and Third Street.

Approximately seven fire trucks and ambulances were on the scene.

No one was injured. 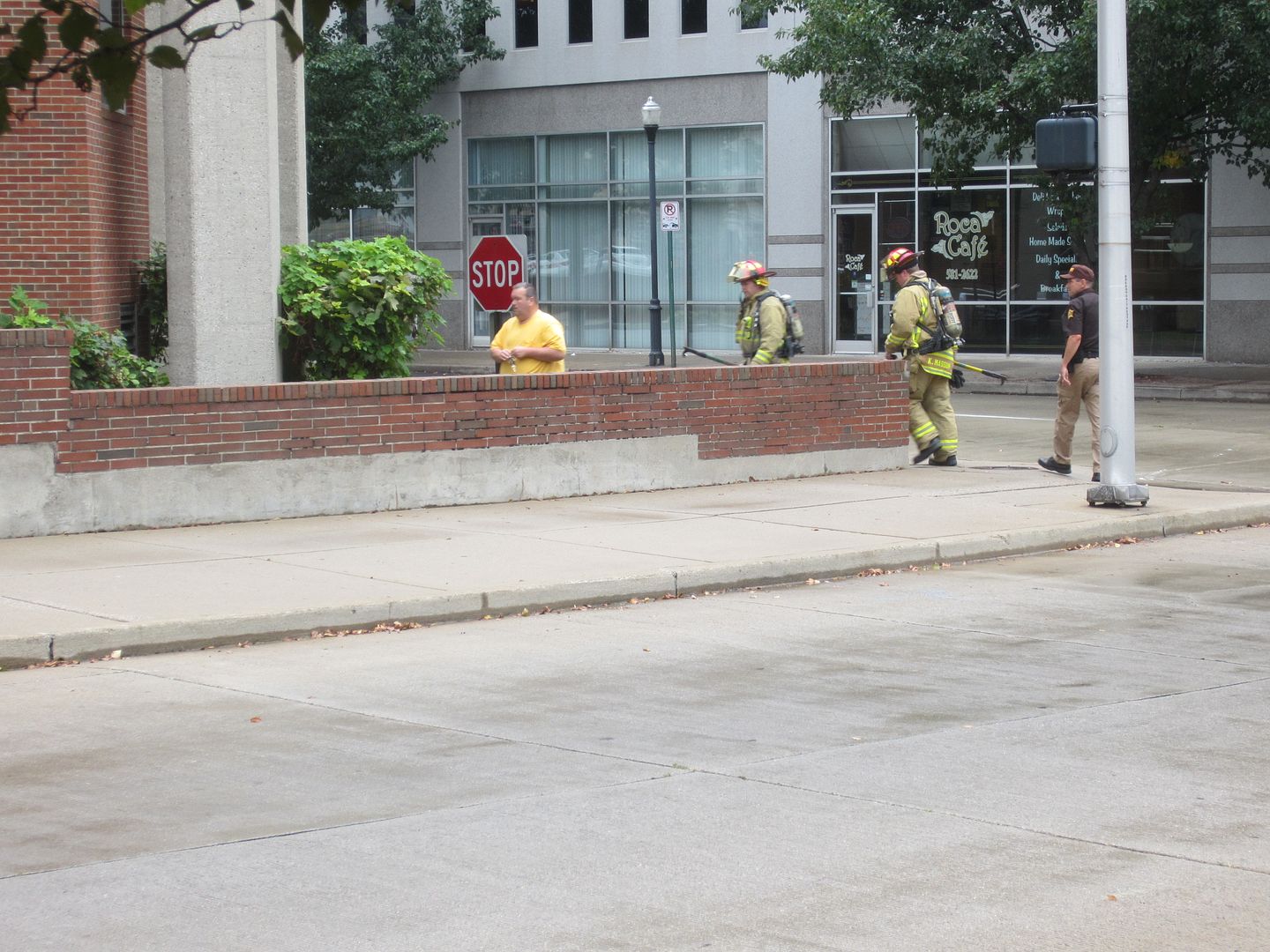