This story has been updated with comments from Kentucky Health Cooperative Communication Director Susan Dunlap.

Drivers on Winston Avenue saw quite a production at Lynna's Grill in Latonia on Wednesday.

Lots of messages started to arrive at the inbox of The River City News Facebook page.

"What's going on at Lynna's?", everyone wanted to know.

Hollywood hadn't called, but what was going on was still quite a scene. Lightborne, the Cincinnati-based production company, was on site shooting a commercial for the Kentucky Health Cooperative through advertising agency New West.

The Co-Op is part of the expanded health care coverage options available to Kentuckians through the Commonwealth's new health exchange called kynect which was made possible through the federal Patient Protection and Affordable Care Act.

The Co-Op is a nonprofit organization governed by its members that provide health insurance coverage for them.

The Kentucky Health Cooperative is based in Louisville and is one of the three insurance options available through kynect.

The shoot started Wednesday morning and is expected to proceed through the late evening.

"We're all about the common person so that led to a search of where we might shoot a commercial and what town would represent any town you'd walk into in Kentucky and for whatever reason Latonia popped up and this little cafe, let's face it, name any county, I challenge you, there's one of these in every Kentucky county," said Susan Dunlap, communication director for Kentucky Health Cooperative. "It literally could be anywhere. We've all known places like this, known people who run places like this, eat at places like this. It's a good feeling."

The commercial, which is expected to begin airing after Thanksgiving, is designed to bring awareness to the new Kentucky Health Cooperative as an alternative health care coverage option.

It's also been a chance to bring awareness of Covington to those involved in the shoot.

"It has gone so well. This has been absolutely delightful," Dunlap said. "It's as if there were a parade today, it feels like we'd be asked to be the grand marshal. Everyone has been great."

The barber shop next door allowed the crew to camp out on its property and Latonia Baptist Church opened its doors for the crew to have lunch there.
Dunlap, who moved from Woodford County to Louisville for her job, said that she is used to central Kentucky and that when she thinks about Covington she thinks of it as a big city. "The population is so much greater (but) for many of us it's our first exposure and it's been great." 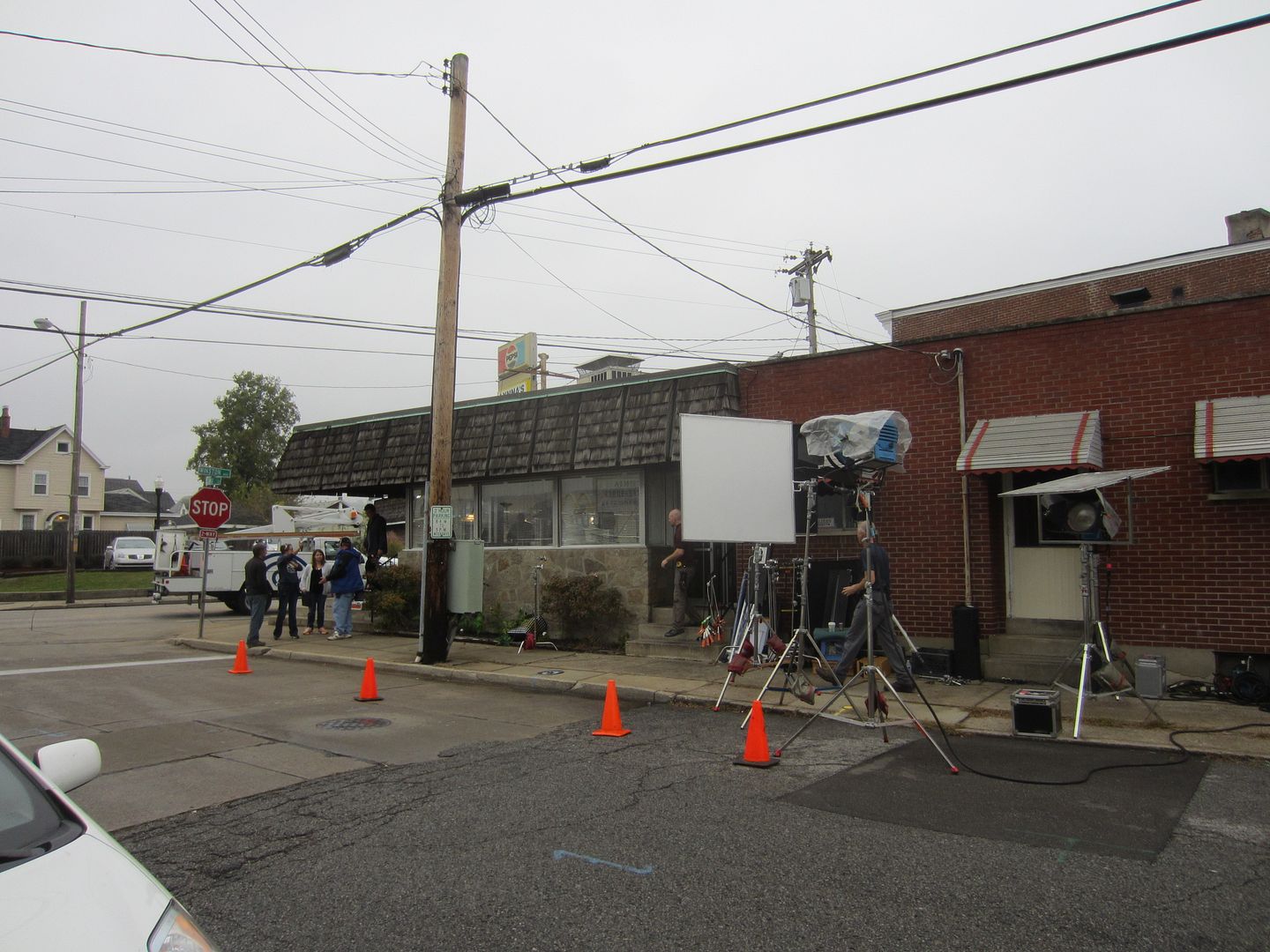 What is an essential business - NKY Chamber Spotlight

Sidewalk Chalk to Spread Positivity in Covington on Sunday

Op-Ed: Emergency Actions in Frankfort Show Government at Its Best