Three former students were arrested after a vandalism at Conner High School in Hebron.

The Boone County Sheriff's Office responded to the school on Friday morning after receiving reports of tens of thousands of dollars in damage.

Anthony C. Collins and Brian Kerr, both 18 and of Erlanger, were charged with two counts of first degree criminal mischief and one count of third degree burglary.

Kyle A. Kerr, 18, of Burlington, was charged with one county of first degree criminal mischief and one count of third degree burglary.

The Kerr Brothers and Collins are accused of first burglarizing and damaging a vacant office space on Burlington Pike by flooding the sinks and damaging the walls and ceilings in that building.

The flooding also caused damage to a separate business attached to the office.

After leaving Burlington Pike, deputies said, Kyle Kerr was dropped off at home in Burlington.

The ticket booth and press box around the high school's football field were damaged where multiple windows were broken with a baseball bat, according to the sheriff's office. 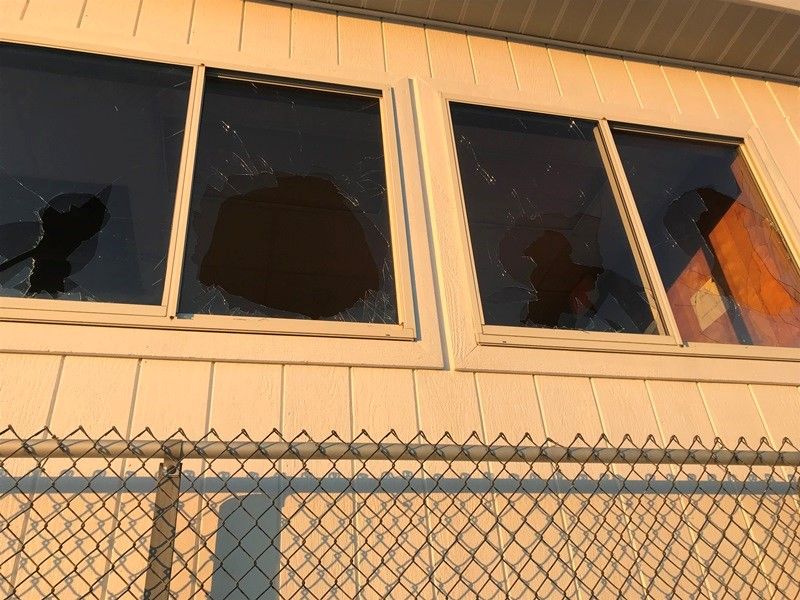 The women's bathroom was flooded, the Conner Cougar statue was knocked over, the flag pole was damaged, and the Kentucky state flag was stolen along with the Conner High School flag.

At Goodridge, the playground area was damaged.

The Kerr brothers confessed to detectives, the sheriff's office said. They were arrested last Friday. Collins was arrested Tuesday after a warrant was issued. He, too, confessed, deputies said.

According to a news release, Collins took part in the vandalism because he was bored.

Watts's Journey from Basketball Standout to Superintendent of Newport Schools